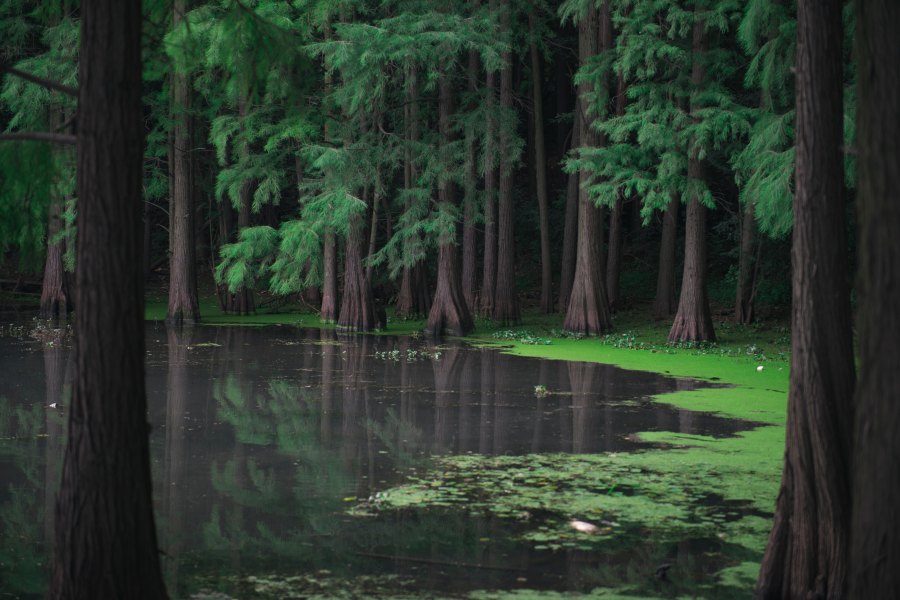 Feets-Wet Cross-Market is the largest and oldest community in Wobble-Grass swamp, covering over a square mile.  The people are predominantly a mixture of gnomes, halflings, marsh goblins, and sylvan Alfar.  The gnomes, halflings, and goblins build living homes on top of artificial hummocks, weaving saplings, vines, other plants into domed bungalows.  The Alfar grow their homes and bridges in the canopy, connecting their Upper Market with the Lower Market using vine ladders or spiral staircases grown from the tree trunks.

Located in roughly the center of the swamp, it is a major connection between the east and west coasts, and serves as the primary trading hub for goods coming northward from Pantano Bay and the Cristalina Sea.

Feets-Wet Cross-Market is governed by a council.  The halflings vote for their council-member.  The goblins choose through trial by combat.  For the Alfar, the eldest woman represents them.  The gnomes are governed by consent; one of them declares himself or herself as council member and, if the rest of them agree, that gnome is treated as their representative.  Sometimes there are multiple gnomes claiming the seat.  On occasion, when there are five or six gnomes attempting to literally sit on a single chair, it devolves into fisticuffs.  Generally the Alfar and halfling continue with business while the goblin cheers for his or her favorite.

Second to the council in power is the Waterworks Guild.  This guild is responsible for building and maintaining safe channels through the swamp.  The soil dredged from the lanes is used to maintain and expand the city, and the council charges merchants and traders a fee to pay the guild for the work.

The beautiful photograph is by Chloé Lam on Unsplash